The Suez Canal, 194 km long, is a critical international maritime waterway for navigating ships from Europe to Asia without the need to circumnavigate Africa. The project "New Suez Canal," cost roughly 6.5 billion euros and includes the construction of a 35 km channel parallel to the current one, the dredging and 3 km widening of other channels (to allow passage of Great Ships, in particular, the super tankers and merchant giants), the construction of six tunnels for automotive and railway use, and the construction of five ports in Port Said.

As part of the mega project, the Egyptian government developed a project for Port Said, the principal Egyptian transshipment port located along the Suez Canal. The project is designed to expand and rehabilitate Port Said and Port Said East to improve their management and operations. Work conducted in the ports will help to double the capacity of ships it can receive.

Settlement problems of soil containing clay layers with deep extensions (such as in Nile Delta and Port-Said regions) are common. From the morphological point of view, the job site area is basically flat with an average share of natural ground level located between +1.5 and +2.0 m above the sea level. The stratigraphy is formed basically of clay and silty clay throughout the excavation depth.

The piles are designed with a diameter of 1200 mm and a maximum depth of 74 m. The excavation is performed by using bentonite mud and an 8-12 m long temporary casing installed by the same rig. Within the project of Port Said harbors expansion, many Soilmec rigs have been chosen for their flexibility and fast operating capacity: SR-60, SR-70, SR-95, SR-105 and especially the new SR-125 HIT are operating successfully throughout the area. 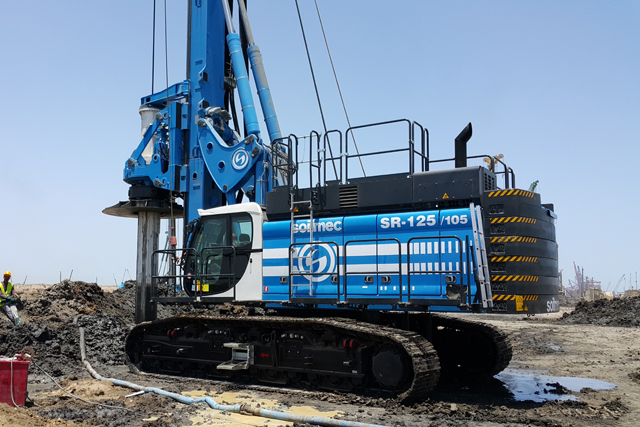 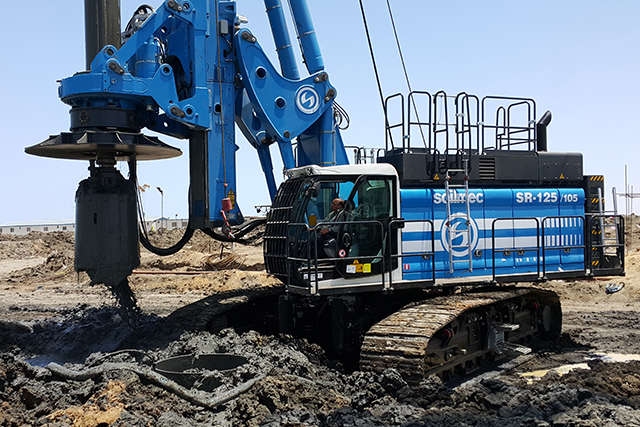