Since it was built in 1984, active landslides have plagued an ill-fated, 2.5 km stretch of highway 744 that rests above the town of Peace River, about 500 km northwest of Edmonton. The two-lane highway runs along the sloping face of a narrow ridge that separates the Peace River and Heart River valleys.

A recent landslide, Sunshine Slide, was first seen to impact a 120 m section of Highway 744 when maintenance workers noticed transverse diagonal cracks in the asphalt. Both lanes of the highway continued to rapidly deteriorate and Alberta Transportation closed the road due to safety concerns. Within a few days, large sections of the highway had completely collapsed due to the shifting earth underneath the roadbed.

Even though this is a relatively remote area, Highway 744 acts as a vital lifeline to the town of Peace River for the thousand cars that pass along it per day. Alberta Transportation decided that permanently closing the highway or building an alternate highway outside the landslide area weren’t viable options.

As a long-term solution, tie-back retaining walls were selected to stabilize the landslide mass and anchor the remaining strata. Two tie-back walls were constructed about 300 metres apart just below the damaged sections of the highway. Both walls were installed by Doublestar Drilling using Soilmec SM-14, SM-20 and SR-30 rigs.

Once the tie-back walls were complete, three layers of expanded polystyrene geofoam blocks were used as backfill to reconstruct the highway embankment and reduce soil pressure on the walls.

Performing stabilization work on a steep hillside within an active slide area and with limited access was extremely challenging. The landslide had the potential to continue to move downslope. Furthermore, part of the work was conducted during an abnormally cold Alberta winter, with temperatures as low as -30ºC. Safety was a great concern for the people and equipment.

The proper selection of equipment and methods was important to the success of the project. A Soilmec SR-30 drilling rig was used to install both retaining walls, and Soilmec SM-14 and SM-20 drilling rigs were used to install all tie-backs. These rigs were selected to overcome the working space restrictions due to the sloping hillside and active landslide area, while meeting the geotechnical design requirements. For instance, the SM-14 and SM-20 rigs provided the perfect combination of power, maneuverability, and light weight – enabling the tie-backs to be installed with minimal stress on the unstable area.

Doublestar Drilling constructed the two retaining walls with piles penetrating into the hard clay till to guard against the possibility of a deeper slip surface developing in the future. Both walls were installed parallel to the curving highway on the downhill side.

Tying up the job

Tie-back anchors were installed deep into the ground behind the failure plane, beyond where any future landslide activity is expected to originate. Doublestar Drilling acquired two Soilmec SM-14 and one Soilmec SM-20 micropiling and anchoring rigs specifically for this job, in order to meet the geotechnical design requirements and handle the large-sized anchors. These rigs are equipped with a proportional hydraulic system that makes drilling operations smooth and precise, even in the most difficult operating conditions. Plus, these Soilmec rigs can be tailored to any geological conditions.

For each retaining wall, Doublestar Drilling installed two or three rows of tie-back anchors to supplement the design load of the wall. Using a special coring bit to drill through the reinforced cages, full-length holes were drilled through the soil and into the bond zone, which was limited to 12 m in length and 0.2 m in diameter. A combination of augered, cased and hollow-stem drilling methods were required to deal with the sloughing conditions. For instance, casings were required for some holes due to ground water seepage and sand pockets.

Threadbars were then inserted into the drilled holes through the retaining walls, and the holes were filled with high-strength grout. Finally, a continuous, reinforced concrete waler or pile cap was installed along the top of each retaining wall. These 2.2 m thick concrete walers were used to secure all tie-back anchors and transfer loads evenly.

During the entire Peace River project, Doublestar Drilling installed more than 538 tie-back anchors, requiring 21 trucks with a total of 357 pallets of grout. Despite the challenging subsurface, access, and weather conditions, Doublestar Drilling successfully constructed two tie-back walls that have held fast in an active landslide region. Both lanes of Highway 744 are now open and busy. 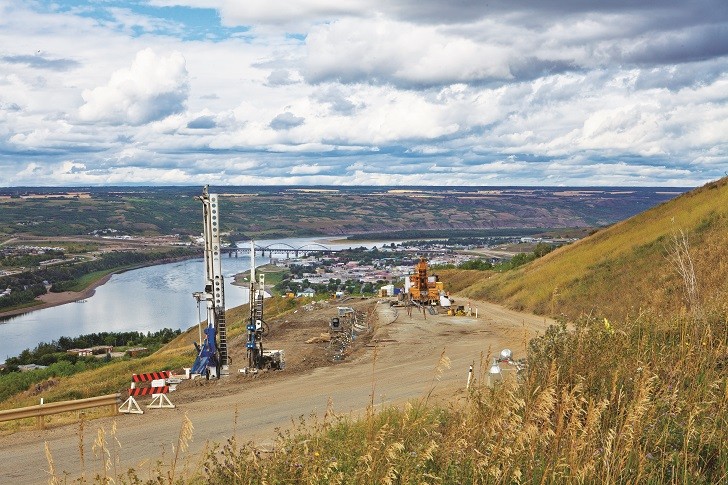 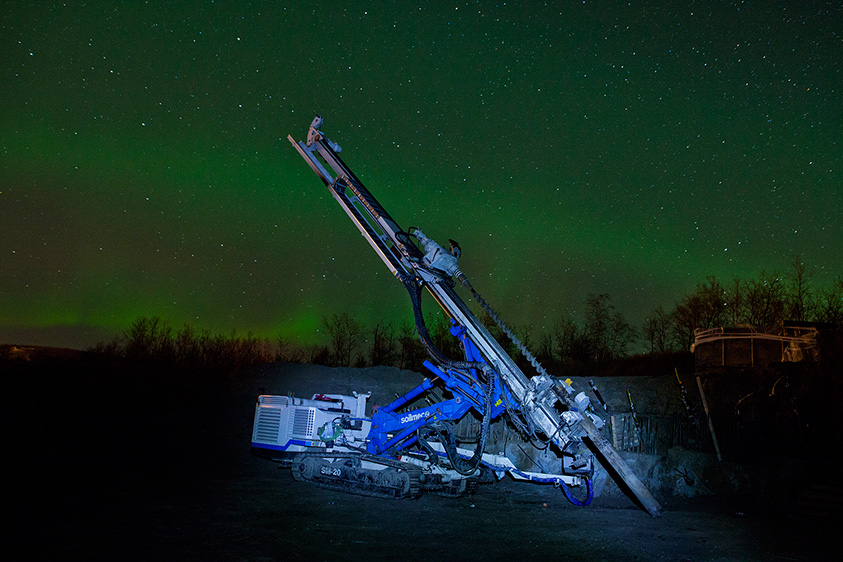 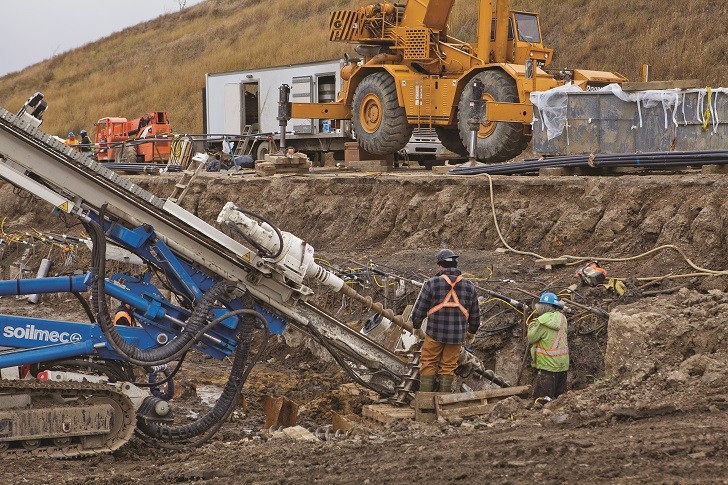 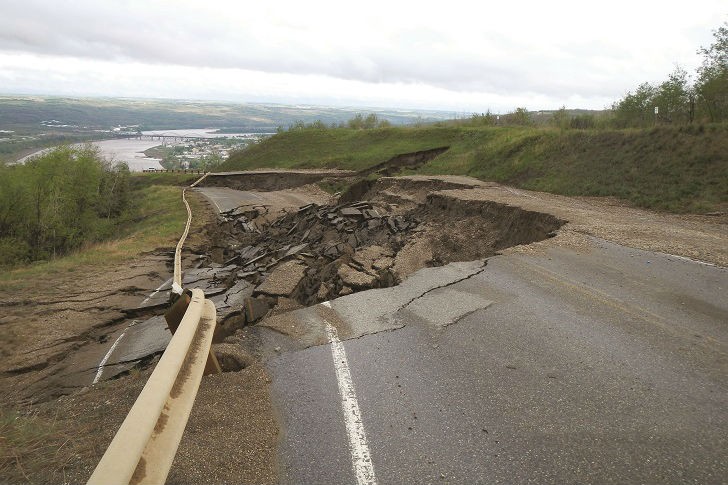