The Panama Canal is an approximately 80-kilometer-long ship canal that connects the Atlantic Ocean to the Pacific Ocean. As a key conduit for international maritime trade, it serves more than 144 maritime routes connecting 160 countries and between 13,000 and 14,000 ships use the canal every year.

The general geology of the Canal depends on the sedimentary basin that was formed about 3 million years ago, when the Pacific Plate slid slowly under the Caribbean Plate. The entire area is characterize by a complex lithological composition, from fine grainy matter (sediments, sand, and mud) up to hard rock with resistance above 50 Mpa.

The Panama Canal expansion is the largest project since its original construction. At the cost of 5.25 billion US dollars, the project will create a new lane of traffic along the Canal through the construction of a new set of locks, doubling the waterways capacity. The project is comprised of four main tasks: constructing new locks, constructing a new Pacific access channel, dredging the waterways, and raising the operational level of Gatun Lake.

On behalf of the international consortium GUPC (Grupo Unidos por el Canal, S.A.), the Trevi Group branch in Panama (Trevi Cimentaciones y Consolidationes SA, formerly Trevi Galante SA) was awarded a contract for the foundation works for the Canal expansion – called the Third Set of Locks Project. These foundations are distributed throughout the new Canal area, including foundations for new locks along both the Pacific and Atlantic sides. The superb combination of Trevi Panama knowledge and Soilmec equipment has proven to be crucial to the soil investigations and the installation of foundation piles, diaphragm walls, and injections – ensuring the construction of solid, stable, and waterproof foundation structures.

Diaphragm walls are used as impermeable cutoffs to prevent seepage below earth dams, basins, dry docks and locks, and are usually integrated with the main structure. Trevi Panama faced the challenge of building a plastic concrete diaphragm wall to seal 9000-square meters of soil. These diaphragm panels were executed using the Soilmec hydraulic grab BH-8.

As part of the Third Set of Locks Panama Canal Expansion Project, the Borinquen Dam will allow navigational access through the Pacific Approach Channel to the new Pacific Locks. Trevi Panama also drilled and injected an injection curtain to guarantee a waterproof sealing of all rock cracks in the foundation of the dam. Specifically, they drilled 37,500 linear meters of soil and injected 2,200 tons of cement in two lines in the foundation of the dam, spaced 3 m from each other. They executed the injections using Soilmec micro-drilling rigs SM-8 and SM-5 and Soilmec injection plants GS1 and GI ET8.

For the FCC-ICA-MECO consortium, Trevi Panama has also drilled 95000 m of soil and injected 4000 tons of grout to create a curtain of waterproofing for a 1500-m-long dam on the PAC-4 project. PAC-4 is the most complex expansion project after the design and build of the new set of locks. It will create an access channel linking the new Pacific locks with the Canal's existing Gaillard Cut (the narrowest stretch of the Panama Canal). For these foundation works, Trevi Panama also used the Soilmec micro-drilling rigs SM-8 and SM-5 and the injection plants GS1 and GI ET8. 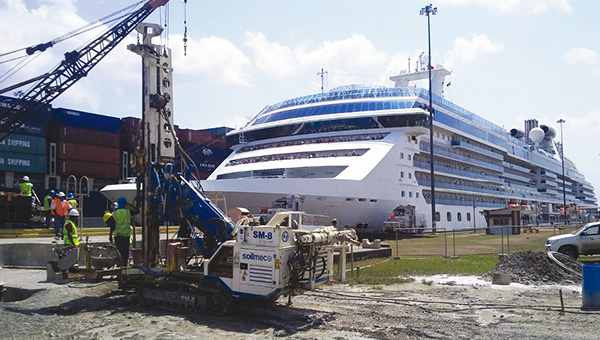 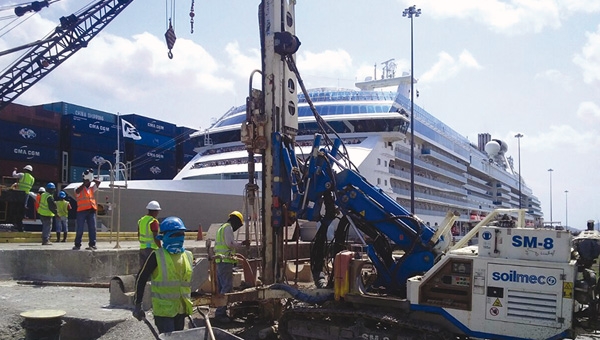 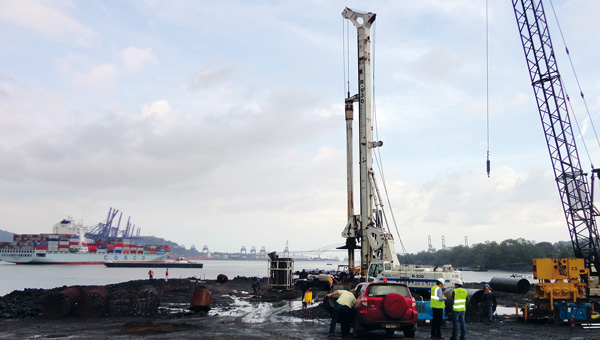 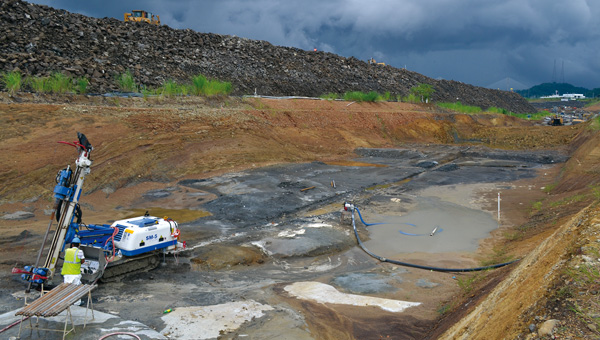 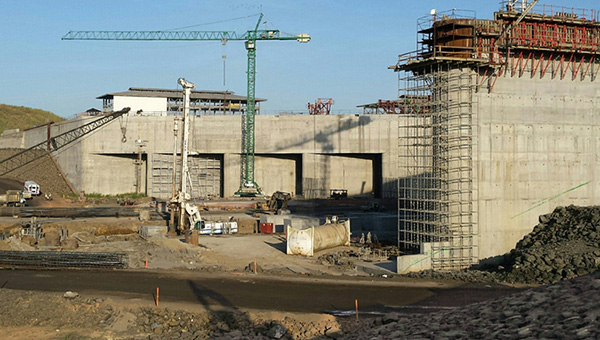 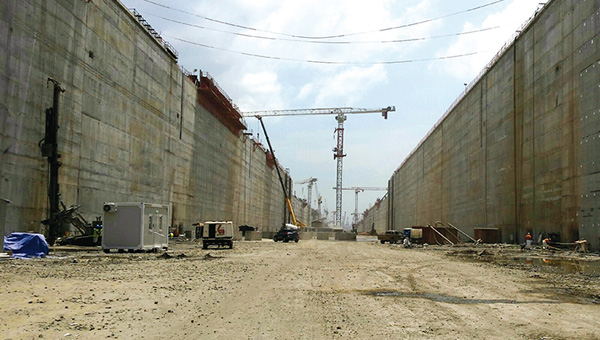