The SR-145 HIT is the largest of all rotary drilling rigs of the Soilmec “blue” line with an operating weight of about 145 tons. Conceived as a multipurpose rig, it can be easily converted for various technologies. The LDP version, with its fixed kinematic mechanism and the possibility to install an external boosted main winch, makes the SR-145 HIT the best choice for drilled piles at very high depths. The foundation specialist PT Indopora (Indonesia Pondasi Raya Foundations Tbk) is one of Indonesian most active companies in deep foundations. In September 2017 they began working with the SR-145 HIT on a new residential area within Jakarta Central.

The project, called Pakubuwono Menteng, envisages the construction of a residential area where a skyscraper for apartments use will rise, including a three storey underground car park. The skyscrapers are very tall, heavy building and are subjected to high vertical and horizontal loads and, to prevent movement of the surrounding soil, their footings (structures into which the building’s support columns can be anchored) are blasted or drilled in the bedrock.

The construction site is located in Menteng, a sub-district of Central Jakarta, one of the most densely populated municipality of the City. From a morphological point of view, the upper layer of Jakarta soil is mostly silty and clayey, is very compressible and very sensitive to the loads applied, which could cause damages to the buildings. In particular, in this job site, the ground is made up, for the first ten meters, by silty clay cobbled with some layers of peat then followed by firm to stiff clay with some lenses of very stiff clay.

The high mechanical performances of the rigs, together with the new mast design, ensure the best weight-to-performance ratio. The SR-145 is equipped with the biggest hydraulic rotary produced by Soilmec, providing 435 kNm maximum torque and 540 kN winch crowd force capacity powered by the 470 kW CAT C18 Diesel. All these features are monitored by Soilmec DMS, complete with touch-screen & adjustable monitor 12’’, ensuring the maximum rig production capability. In addition, the SR-145 HIT can be fitted with an optional boosted main winch, installed on top of the upper carriage above the counterweight, with an increased pulling force up to 470kN and a special drum, generously sized, capable of wrapping the entire rope in a single layer. The rig is fitted with the Soilmec H-Cab with outstanding volume (1050 mm wide), air-suspended seat and sliding door for the best operator comfort, and the turret has been redesigned to cut noise levels dramatically and make the SR-145 HIT the most silent piling rig in its market segment. A really big rig with an easier and faster transport configuration and with a minimum transport weight of only 48 tons. 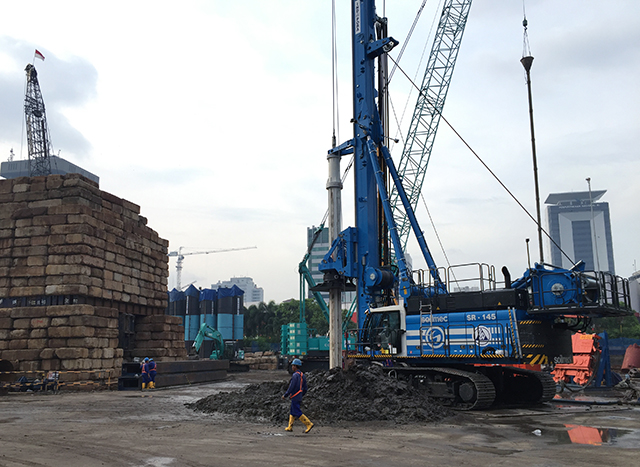 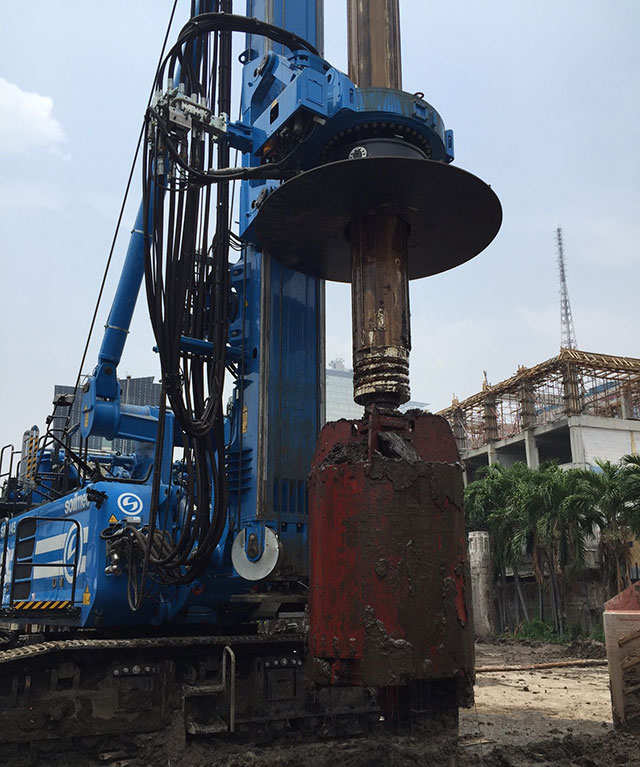